Tradition and history is everywhere in this spectacular scenery.

The region of Messenia, whose capital is the more well-known city of Kalamata, could very easily be described as a natural paradise. The mountains, with their high peaks, join the crystal blue waters of the sea and, all together, make for a truly spectacular scenery; and a land which is beyond ideal to cultivate olive oil. In Greece 80% of the olive oil produced is extra virgin oil – the largest percentage of extra virgin olive oil production per country in the world – while in most other countries that percentage is less than 10%. Of all the areas which produce olive oil in Greece, Kalamata is considered one of (if not the) best.

During the nineties, certain areas of Messenia officially became a protected area and have been classified by the European Union as a P.D.O. Kalamata (Protected Designation of Origin).
With picturesque traditional villages in the vicinity such as Mani, and an overabundance of beautiful beaches, the unspoiled and traditional appeal of the Southern Peloponnese attracts a large number of tourists each year, many of whom choose to return and either explore new parts or to simply enjoy more of the same beauty.

A very well balanced delicate extra virgin olive with the P.D.O. Kalamata status. It is produced at a traditional stone olive mill in the most traditional way...Read more 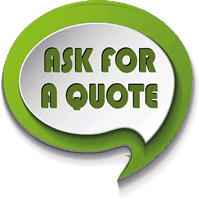 We use cookies to ensure that we give you the best experience on our website. Learn More